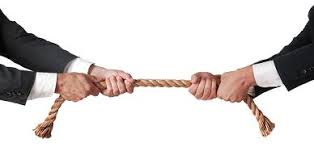 This misconception may be as a result of what is usually obtainable in small private limited liability companies where the promoters of the company are usually both shareholders and directors at the same time. Although there is nothing wrong with this type of arrangement under the law (especially given that it is very convenient for small private limited liability companies) there is a huge difference between shareholders and directors and a shareholder must not necessarily be a director and vice versa. Basically shareholders own the company while directors manage the company.

Another question that naturally follows after the clarification is made usually goes like this: “If we make a person who is not a shareholder a director in our company (merely because we need his skills and expertise in running the company) how does that impact on the powers of the shareholders?”  In essence the question is will the shareholders be able to control such a director? Between the directors and the shareholders who possesses the ultimate powers?

In this post, the word “company” simply refers to a limited liability company. It is instructive to note that a company is a legal entity that is distinct from its members (i.e. shareholders). Under the law, a company is an artificial person and for the purpose of carrying on its authorized business is deemed to have all the powers of a natural person (like you and I). The legal implication of this is that a company can, in its own name, buy properties, borrow money, sue and be sued etc.

Who is a shareholder?

Who is a director?

Furthermore, once the actions of the directors are in accordance with the law and the Articles, the shareholders cannot interfere with or reverse such actions. The board of directors, while acting within the powers conferred on it by the law or the Articles, is not bound to follow the instructions of the shareholders given in a general meeting in so far as the directors are acting in good faith and with due diligence.